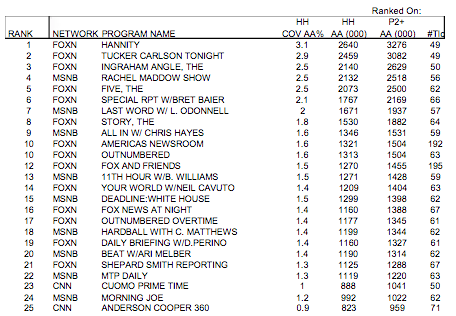 At this point, CNN is becoming an embarrassment to journalism. According to a Grassfire staffer who used to work there, the "Most Trusted Name in News" is a pale shadow of its former self. CNN is looking more and more like the 1976 film "Network," a satirical drama about a fictional television network that hired "Sybil the Soothsayer" to drive up its lousy ratings.

If you're tired of the ongoing "War On Trump," you're not alone. Millions of the President's supporters see the Democrats' impeachment-inquiry hoax as another Witch Hunt against our Commander-in-Chief! That's why Grassfire is working to give you a voice to defend Mr. Trump with our exclusive "FIGHT THE COUP!" website. As this latest Witch Hunt drags on and on, Grassfire is working to keep team members, like you, informed and up to date.

In appreciation for your contribution of ANY AMOUNT to help Grassfire amplify your voice in this fight, we'll send you two, exclusive "Fight The Coup!" ReStickers. When you contribute $35 or more, you'll also receive two "TRUMP 2020" ReStickers as our gift. Go here:

Again, House Speaker Nancy Pelosi (D-CA) and her fellow Democrats are doing everything they can to overthrow the results of a free and fair election. They are brazenly, actively and unconstitutionally trying to impeach President Trump! The radical Left wants to invalidate the votes of millions of conservative Americans rather than risk losing the 2020 presidential election! This is, plain and simple, an attempted coup! Grassroots Americans MUST NOT let them get away with it. Click here to support Grassfire's efforts to help you "FIGHT THE COUP!"

NOTE TO ORGANIZATION LEADERS: We are also inviting local, community, civic and state organizations to join the FIGHT THE COUP COALITION. Go here to add your organization now!