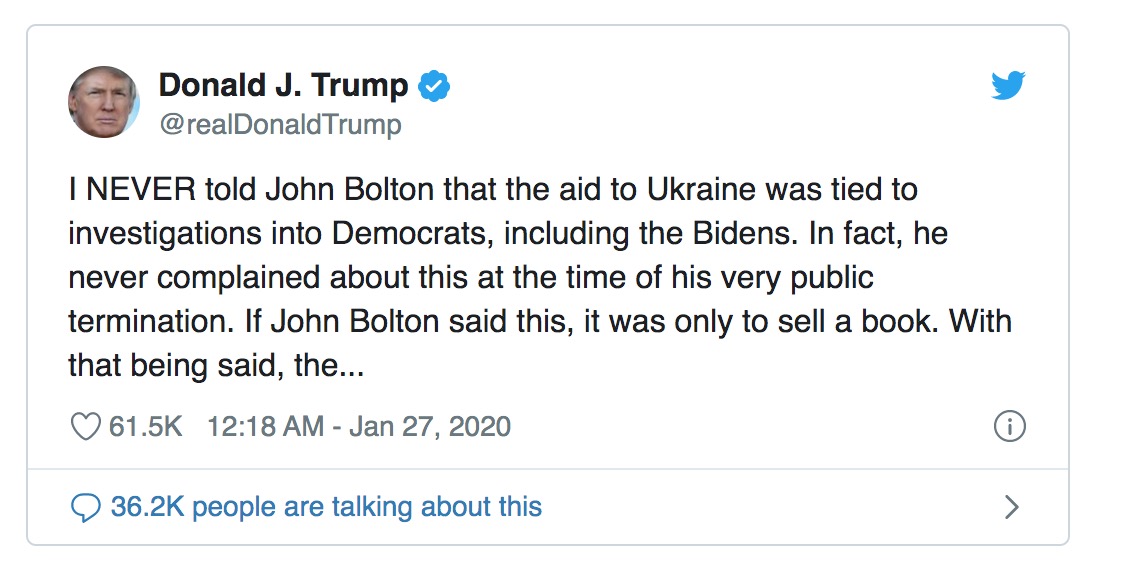 This may be the MOST CRITICAL day in the entire impeachment crisis...

The DEEP STATE and its allies at the NYTimes just unleashed their most critical attack against President Trump by LEAKING portions of Ambassador John Bolton's soon-to-be-released manuscript. The manuscript had been submitted to the National Security Council for review for classified information.

The manuscript was LEAKED by DEEP STATE forces to the New York Times just as the Senate is reaching its critical votes on whether to call witnesses!

Coincidence? We think not!

Almost immediately, President Trump strongly denied the "allegations" printed in the New York Times.
But already the pressure is building on the GOP Wafflers (Dems only need four GOP Wafflers to get the witnesses they want).

Grassfire is issuing an urgent call to all our team members. This may be the most critical day in the entire impeachment crisis and we want to see our team register 10,000 faxes, phone calls and petitions TODAY.

Grassfire's SAY NO ON IMPEACHMENT FAX will deliver your fax message to your two Senators, plus all the key GOP Wafflers. This is the best and the fastest way to reach the most Senators right now!

In addition to sending your faxes, take a moment today to call YOUR TWO SENATORS and let them know where you stand on impeachment.

This is absolutely critical. THIS COULD BE THE KEY DAY. If the Deep State and the NYTimes and the radical anti-Trump factions win the day, we could be headed for a long, drawn out impeachment trial that puts the presidency at risk.

P.S. As always, our team has assembled all the latest news on impeachment. Go here for today's headlines: