BOLTON WAS EXPOSED YESTERDAY! Plus, the key impeachment vote is now just 24 hours away! See below. --Grassfre

There is an all-out battle for control of the Senate going on right now between Mitch McConnell and MITT ROMNEY that is rushing toward a critical vote AS SOON AS TOMORROW.

Romney is working every angle to find just three other Republican Senators to join with him in giving control over the impeachment trial to CHUCK SCHUMER AND ADAM SCHIFF!

That's why Grassfire's FaxFire is targeting OUR COMPLETE LIST OF GOP WAFFLERS who have openly criticized the President or have remained open to adding witnesses.

Grassfire has the most updated list of GOP Wafflers. We need at least 500 team members to take action and fax these wafflers (along with your two Senators) and tell them where you stand on the question of witnesses.

WE HAVE DEEPLY DISCOUNTED THIS FAX SO EVERY TEAM MEMBER CAN TAKE ACTION. Go here now to send your 24 "VOTE NO ON WITNESSES AND IMPEACHMENT" faxes (38% OFF!) right now:

We're still encouraging our team members to call YOUR TWO SENATORS and let them know where you stand on impeachment. 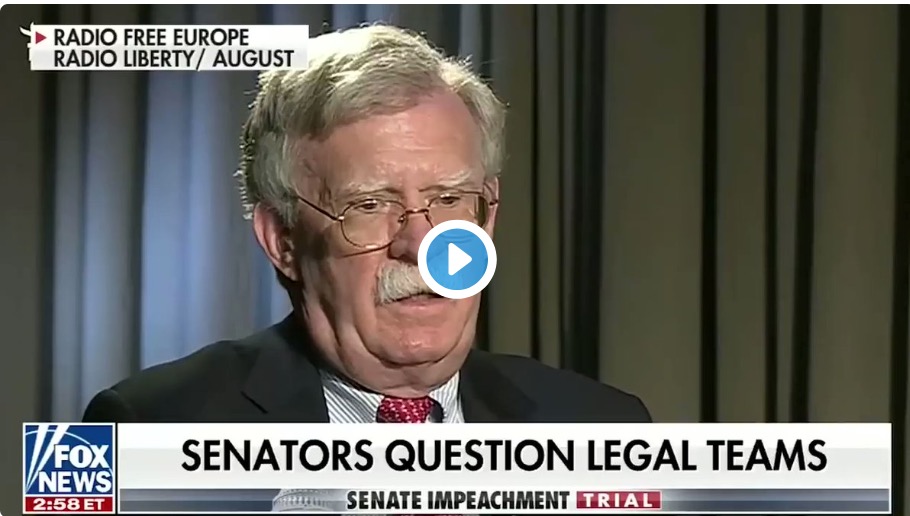 Also yesterday, two new videos surfaced that expose the validity of any Bolton testimony. First, the President tweeted a video of Bolton fully supporting the President's Ukraine efforts. Then FoxNews unearthed a video of Schiff harshly questioning the credibility of Bolton!

You can watch both videos in our daily summary of top impeachment stories here.

P.S. As always, our team has assembled all the latest news on impeachment. Go here for today's headlines: